Book Direct For The Best Price Guaranteed. Have a look at some of the great reasons to book Direct!

Informal Dining at The Victoria Hotel

The crisp, contemporary decor and glittering chandelier lighting create a relaxed yet sophisticated atmosphere in which to enjoy classic recipes and top quality wines. With its casual dress code and informal style, The White Room is a laid-back setting in which to enjoy exceptional dishes prepared by The Victoria's talented team of innovative chefs, using the freshest local ingredients.

The whole concept behind The White Room has been devised by the Head Chef of the Victoria Hotel, Stuart White, and reflects both Stuart’s classical training in French cuisine and his flair for exciting, contemporary dishes. 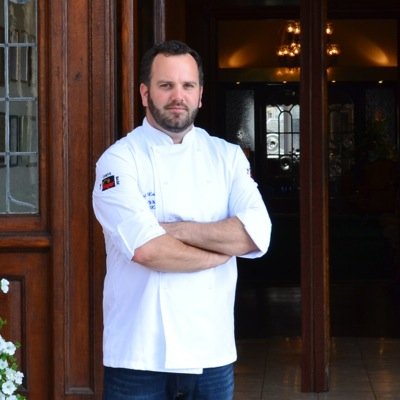 Stuart White is a highly experienced and talented Head Chef who has spent over fifteen years working in the industry and developing his expertise. During his career he has worked at a number of hotels and restaurants across the South West, including John Burton Race's Michelin Star Restaurant, The New Angel in Dartmouth, before joining The Victoria Hotel in Sidmouth in 2009.

In 2010 Stuart was offered the opportunity to complete a month stage at Heston Blumenthal's world-renowned 3 Michelin Star restaurant, The Fat Duck. From here Stuart returned to the Victoria Hotel as Sous Chef, before being promoted to Head Chef in 2011.

Stuart now heads up a team of 18 skilled chefs and is passionate about creating first class cuisine at the Victoria Hotel.